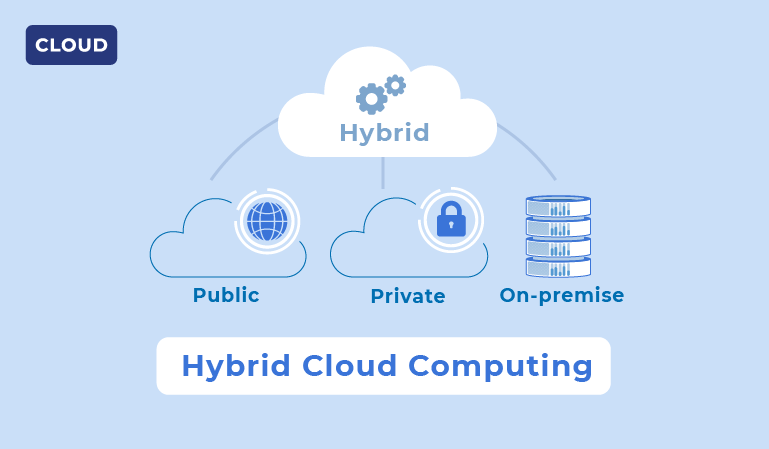 Introduction [What is Hybrid Cloud Computing]

The cloud computing world has gained in popularity in recent years. More and more companies tend to use cloud solutions in their day-to-day activities.

There are two main cloud deployment models: public and private. Although each of them can be a good fit when used separately, they have their own advantages and drawbacks. Additionally, sometimes there is a need for a solution that would combine the benefits of each of the models and eliminate their disadvantages – resulting in increased functionality, flexibility, and efficiency.

A hybrid solution can be equated to a hybrid car, due to the mix of two distinct technologies (gasoline engine and electric motor), as well as being more efficient than gasoline cars and yet more powerful than electric vehicles.

For example, for backup and disaster recovery purposes, a private cloud can be used as a local backup solution ensuring immediate on-site access to corporate data (and its protection) – especially in the context of GDPR compliance. On the other hand, the public cloud can function as the secondary off-site backup location that provides disaster recovery in the event of on-premises equipment failures.

Therefore, such a mix (or hybrid) of both private and public clouds can be a perfect solution, fusing the advantages of both deployment models to cover the needs of specific uses (e.g. data backup).

The National Institute of Standards defines hybrid cloud (sometimes cloud hybrid) as “a composition of two or more distinct cloud infrastructures (private, community, or public) that remain unique entities, but are bound together by standardized or proprietary technology that enables data and application portability.”

The following three key points can be drawn from this hybrid cloud definition:

Unless there is a working connection between clouds, a business is not technically using a hybrid deployment model. Instead, two or more separate cloud environments are run in parallel without creating synergy between them, which is the case for the hybrid.

Such combination eliminates inconveniences caused by using a private or public cloud separately and brings great benefits, especially where increased flexibility is required or some on-premises equipment should be kept by organizations in highly regulated industries, like financial institutions, due to their strict compliance rules.

One good hybrid cloud use case has been referred to previously (backup and disaster recovery). In this case, some databases are hosted internally, and some are run in a public cloud.

Another example is when an organization wants to keep sensitive customer data secured at its own data center (private cloud), while moving more general content to a third-party public cloud, thereby decreasing its costs.

The architecture of a hybrid cloud usually consists of a public cloud infrastructure-as-a-services (IaaS) platform and on-premises data center (private cloud), both of which are linked to each other.

Today, hybrid clouds are built in a different way. Rather than linking the clouds so that workloads can be moved from one to another, architects make applications portable between the environments. This can be achieved by relying on the same operating system (e.g. Linux) in every environment and a single orchestration platform for management (e.g. Kubernetes).

Hybrid cloud solutions include applications or components such as computing, networking, and storage, deployed in interconnected environments spanning public clouds and on-premises servers (i.e. private clouds). They are designed for businesses that want to take advantage of the scalability offered by the public cloud, while keeping certain resources, such as sensitive customer data or critical workloads, on-premises.

An example of a common hybrid cloud solution is data storage, due to the fact that a hybrid model makes it possible to better meet all possible storage needs of an organization.
Before the advent of cloud computing, data could only be stored in local, on-prem hardware (e.g. hard disks, portable storage devices, etc.). Cloud services have made it possible to keep massive storage spaces on third-party servers with the ability to access them from anywhere over the internet. This server can be public (i.e. shared among multiple users), or private (i.e. dedicated to a single customer only), which is more secure, has better performance, but is more expensive.
Private cloud is the only choice for companies in highly regulated industries, such as financial institutions and insurance companies that need to comply with strict compliance requirements regarding sensitive data, and therefore, cannot keep their data on a more cost-efficient public cloud server.

However, they can cut their expenses by relying on a blend of private and public solutions. The first one is used to keep all sensitive data secured, while the second one is employed to store more general content that doesn’t require strict security measures.

The hybrid cloud is not only about corporate data or digital content. It also extends to physical hardware that hosts the cloud. And this hardware needs to be managed, which can be tricky for even the savviest organizations.
Imagine. You’ll have to keep track of which servers you use, which hardware resources they provide and whether they are adequate to meet your hybrid cloud needs.
The good news is that there are native management tools that come with hybrid cloud platforms. Usually, they are intended for managing public clouds, but can be also applied to hybrid cloud configurations. For instance, if you set up your hybrid cloud environment with AWS Outposts, you can monitor its performance in near real-time by collecting and viewing log files using Amazon CloudWatch, a monitoring tool available to users of AWS public cloud.
However, such products either do not address all needs or have limited functionality. Therefore, in most cases there is a need to use additional solutions from third-party hybrid cloud management software vendors that are able to integrate with hybrid environments, such as CloudBolt, CloudCheckr and Apptio Cloudability. However, it’s necessary to bear in mind that such products can be extended only to certain cloud platforms. For example, Open Raven, a data security tool, is now available only to AWS-based architectures.

A public infrastructure as a service (IaaS) platform is the main element of the hybrid cloud environments besides the private on-premises data center and the network connection. Therefore, it is necessary to choose the right public IaaS platform for the hybrid deployment.

The top list of hybrid cloud providers includes Amazon Web Services (AWS), Microsoft Azure, and Google Cloud Platform (GCP), with smaller rivals like IBM hybrid cloud, Alibaba Cloud, and Oracle struggling to gain a foothold in the cloud market. However, the IT giants dominate the industry and not without a reason.

AWS hybrid cloud. Born out of Amazon.com, AWS was first to launch in 2006 and still maintains its cloud market leadership. Now its cloud services are used by 1 million users including major companies like Netflix, Airbnb, Verizon, McDonald’s, Disney and others.
AWS offers a huge assortment of cloud products which means that you can probably find the solution catering to your specific requirements.
Due to the long history of operation and the massive customer base, you can easily find a use case for AWS deployment in your unique environment.
All these factors make AWS a safe choice for potential customers, especially for startups.

Azure hybrid cloud. Microsoft Azure is probably more suitable for enterprise clients, in particular for Microsoft-centric companies who want to migrate to the cloud because of the lower costs.

Google hybrid cloud. Although Google is only third to AWS and Azure and is inferior to them on key dimensions, its cloud services can be a good option for those who deal with big data and AI. Google Cloud is rightly considered to be the best place for running huge amounts of data. Speaking of AI offerings, such as machine learning, video and image analysis, it looks like Google has the upper-hand here.
Additionally, other solutions are available from other vendors, such as VMware hybrid cloud products, Accenture Hybrid Cloud solution, or SAP hybrid cloud implementations.

The question of whether the hybrid cloud is secure is a common concern for those who are considering moving to the cloud model. The simple answer is: it depends.

Needless to say, nothing can be 100% safe since there are always threats. But, with the hybrid cloud model, the particular challenge is that it is required to simultaneously manage different security platforms as well as control data transfers between them. And, the matters of identity management (i.e. who has access to what) and data transfer (i.e. what comes/goes where) are crucial because sensitive data cannot go to the public cloud.

However, with a bunch of controls implemented at each level of the hybrid cloud security architecture, you can sleep well at night. So, what are they?

In general, all such security controls can be divided into three layers: physical, technical, and administrative.

Technical controls (i.e. controls designed into IT systems themselves) come to the forefront when talking about hybrid cloud security. Typically, these comprise:

Finally, administrative controls focus on the human factor of security and involve all personnel within an organization. They comprise:

As mentioned previously, hybrid solutions combine the strengths of different technologies. In the context of hybrid cloud computing, this means that users can take advantage of both public and private cloud models. So, what are the benefits of the hybrid model? We have summarized the most important ones below:

More opportunities often means more complexities. The hybrid cloud is no exception. All of its benefits can be outweighed by only one disadvantage: complexity, regardless of whether it relates to architecture, management, or troubleshooting. Let us elaborate on this a bit.

Architecture complexity. First of all, you’ll need to deploy a hybrid cloud. And this can be a real challenge due to its architecture. It is possible that you will have to engage a skilled cloud architect.

Management complexity. After the deployment, your hybrid solution should be managed and secured. And instead of one architecture, you now have two different environments. Security controls and management tools need to be consistent across clouds.

Troubleshooting complexity. Troubleshooting within the hybrid cloud can be quite complex due to different architectures. In the event of a networking or security issue, you’ll have to pinpoint exactly where it occurred: in the private or public cloud. The visibility of the latter can be incomplete, being limited to the support provided by the public cloud vendor’s tools.

Due to such complexity, the IT staff accustomed to the on-premises environment might be facing a skills gap problem after migrating to the hybrid deployment with the public cloud, which is new for them. This can lead to human errors. 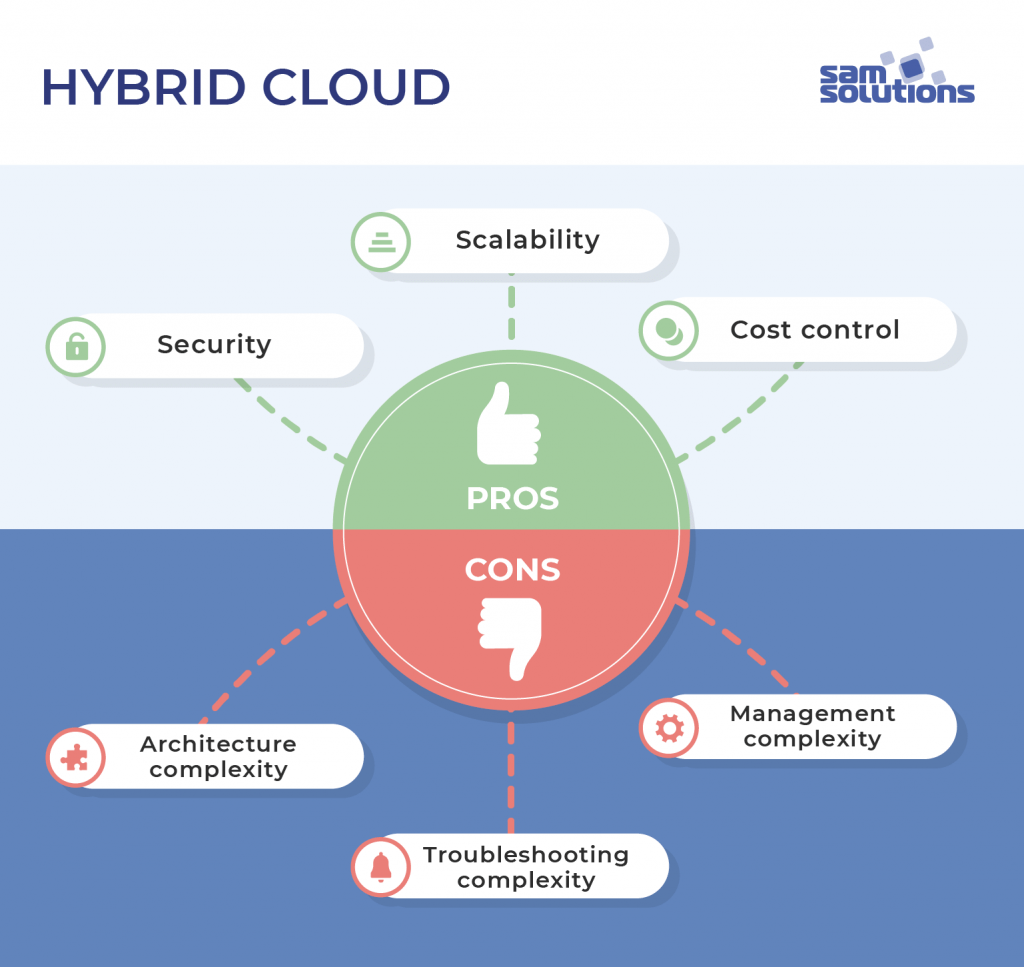 Cloud computing has changed the world, providing us with new, unheard of opportunities in work, life, and play. For example, we’re now able to watch our favorite TV shows stored in the cloud from any device (e.g. via Netflix), or store our files online using cloud storage services such as Dropbox.

However, cloud computing is not only transforming our personal lives, but also the operations of businesses around the world. As their cloud footprints grow, companies are becoming more and more interested in universal solutions covering all of their needs. And, with the hybrid cloud ecosystem, this has finally become possible.

In addition to being cost efficient, hybrid environments also ensure the security of private cloud and the scalability of public cloud. Therefore, it is no wonder why hybrids are becoming more popular. According to the Flexera 2021 Report, 82% of enterprises using cloud computing services follow a hybrid cloud strategy. The future undoubtedly belongs to hybrid. 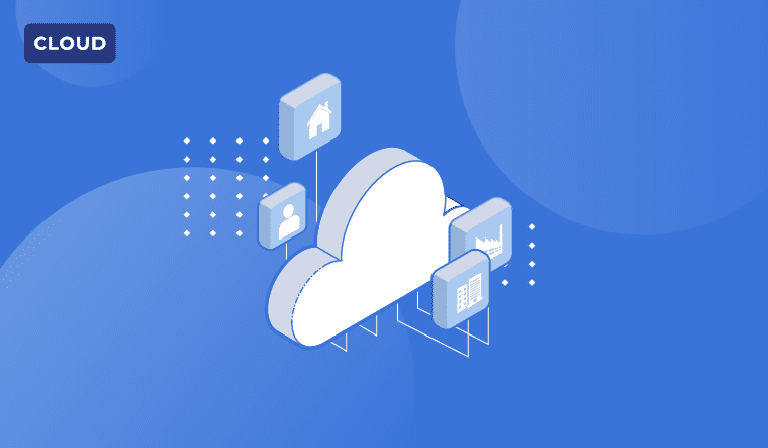 What is Public Cloud? 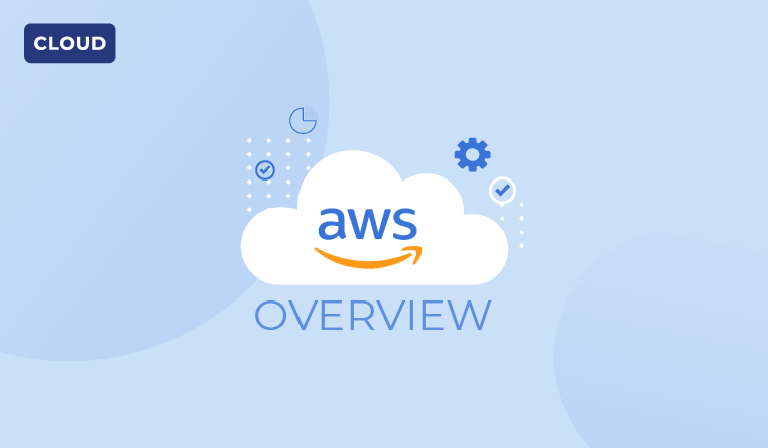 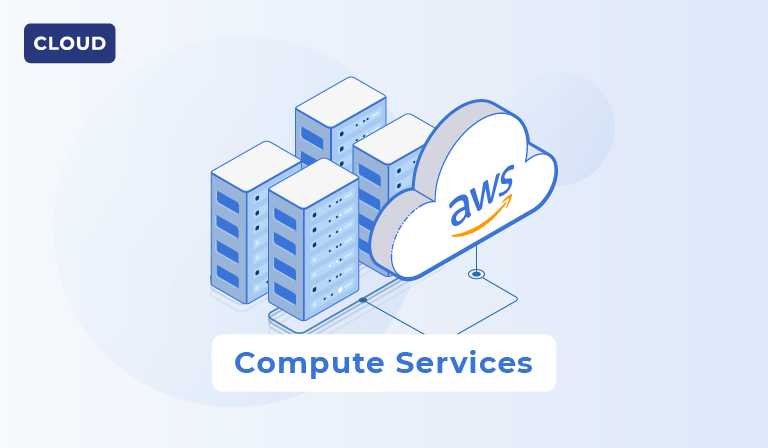